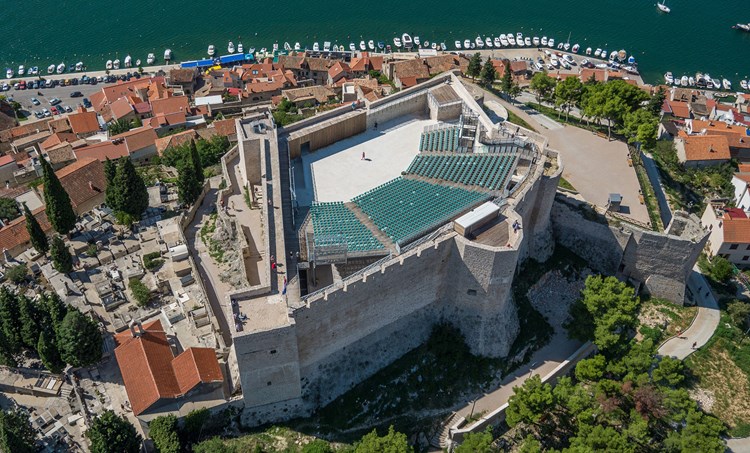 The fortress is located on a strategically extremely favourable position, halfway between the antique centres Zadar and Split, in the protected mouth of the Krka river and near all of the important transportation roads in Dalmatia. St. Michael’s Fortress is of paramount importance for the history and urban development of Šibenik. It was originally built as a lookout of the Šibenik bay and the mouth of the Krka river, and as a refuge for the surrounding population. During the medieval times, the fortress became a source point of the defence fortification system of walls and fortresses of Šibenik. The fortress owes its name to the Church of St. Michael, which was located within its walls since the 12th century. The church has not been preserved, but the fortress kept the name of the saint, who became the patron of Šibenik very early. 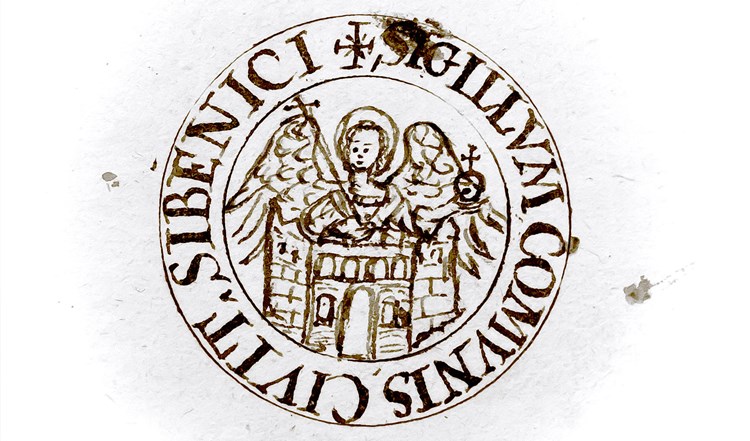 The oldest indigenous town on the Eastern Adriatic coast, Šibenik, was first mentioned in one of the royal charter signed by King Petar Krešimir IV. Since the king and his entourage settled in Šibenik, we are sure that St. Michael's Fortress has already been built. In historical documents from the turn of the 12th century, the fortress was first mentioned as castrum, what usually means a fortified town. The legend says that King Coloman (the King of Croatia and Hungary) has been a part of the solemn mass held in the Church of the St. Michael, inside the fortress. The mass was conducted by bishop St. John of Trogir. 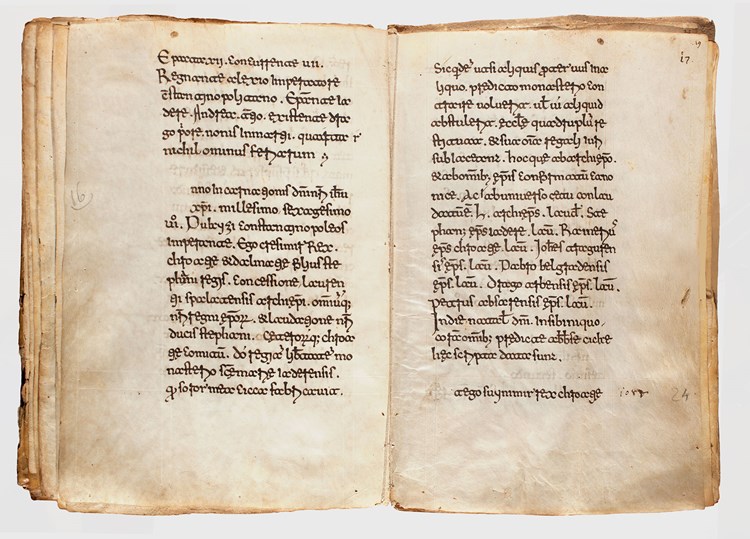 Historical writings of Šibenik and the fortress from early medieval period are filled with information about conducted battles. The town was probably used as a base for piracy, which was then very widespread on the eastern coast of the Adriatic. A military campaign is described in 1116, when the Doge of Venice destroyed its "impregnable" walls. However, that description might be overstated, because piracy continued during the 12th century. The fortress was again temporarily destroyed by Šibenik’s locals ("overwhelmed with rebellious spirit", according to Pope Alexander IV) in the first half of the 13th century, in order to prevent it from being settled by the Knights Templar. Its strong natural position is confirmed by the event from 1378, when the Venetian admiral Pisani failed to take over the Fortress, although he conquered and set fire to the rest of the city.

After 38 months of siege, in 1412, Šibenik falls under the rule of the Venetian Republic and remains there for a little less than four centuries. The agreement on the surrender of the city included a complete devastation of the fortress. This was quickly abandoned.

The fortress was repaired and rebuilt several times throughout history and it is preserved in the form of an irregular square. Typical for military architecture, the fortress contains only a few parts which show stylistic characteristics of different epochs. Two square towers on the eastern wall and two polygonal towers on the northern wall are preserved. The walls are decorated with numerous coats of arms, as the building of additional elements was initiated by Šibenik's noblemen.

Part of the fortification facilities of the fortress are also the attractive double walls which descend from the fortress, down a steep cliff, directly to the sea. They were used for retreat or supply of the military garrison of the fortress in case of siege by the enemy or rebellion of the townspeople.

The fortress is the most important part of the fortification system of Šibenik and at that time its permanent crew consists of 40 soldiers. From the historical records we find that the fortress was well-equipped with weapons of that time. In mid-century, the fortress was armed with 27 cannons, 5 rifles, about 100 crossbows, 77 arches with the corresponding 3000 arrows, 68 spears, 42 armours and 68 shields. Approximately at the same time two water tanks are mentioned. They are preserved in the fortress interior to this day.

During the long Venetian rule, the fortifications of the city are complemented with other fortresses (St. Nicholas’ Fortress, St. John’s Fortress, Barone Fortress), which defended Šibenik successfully against Ottoman attacks. However, the existence of new and more important fortifications on the wider perimeter led to a neglect of St. Michael’s Fortress, which was additionally affected by explosions of the gunpowder magazine within its walls in 1663 and 1752. Finally, new Austrian administration restores a large part of the Fortress and the city walls in 1832. 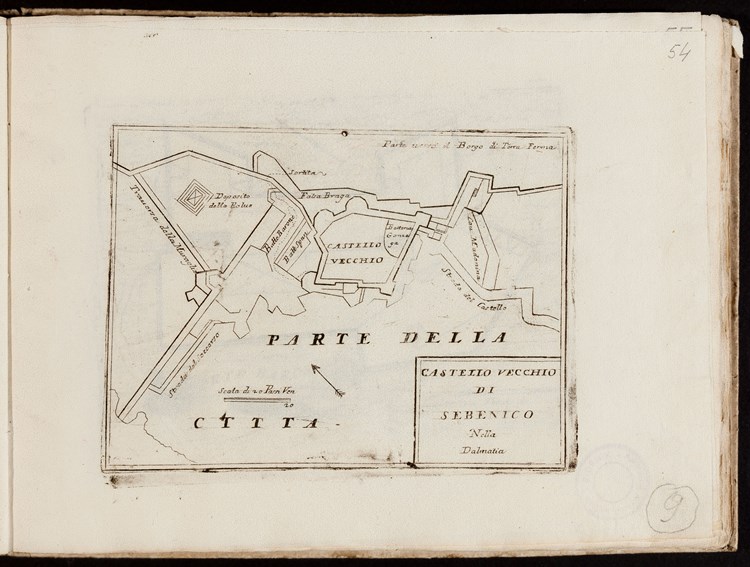 For centuries closed and unavailable to citizens, the oldest monument in the city is finally brought to life in the 21st century. The revitalization of the fortification system of St. Michael’s Fortress started in 2012 with infrastructure works on an area of 2600 m2. As part of the project, a large open air stage with 1077 seats was built and underground facilities were furnished. The fortress opened its doors for visitors in 2014 with a rich offer of cultural and music events as one of the most prestigious stages in the region and the essential destination of cultural tourism. St. Michael’s Fortress is a symbol of the invaluable cultural, historical and heritage significance for the city of Šibenik and the Republic of Croatia. As a revitalized cultural monument, the fortress today is one of the main drivers of the city's development, with the aim of designing and providing new cultural, educational, music and other interesting programs. 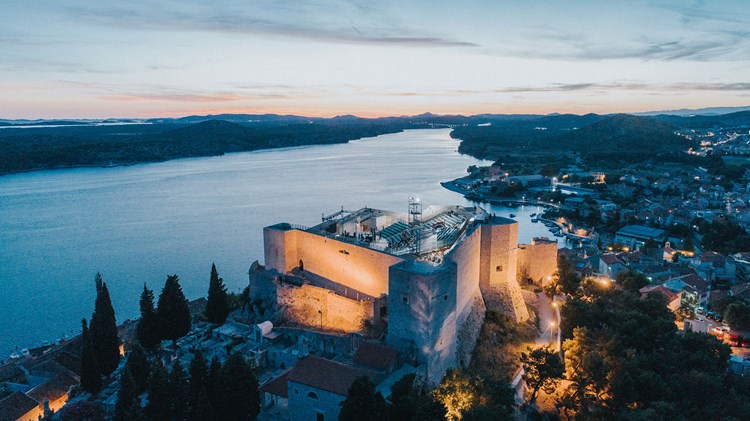