The first part of the line up of Let's Rock Festival is out!

As can be seen from the list of the first announced names, the musical forces of the domestic alternative scene this year are joined by regional performers!

Along with Bad Daughter's Dunja Ercegović, whose striking first live performance is widely talked about, comes the talented Croatian-Slovenian rnb-soul duo freekind. and Fantom from Belgrade, whose melodies take the audience on a journey through time.

For the first time on the stage of the fortress this summer, the well-known award-winning singer-songwriter Irena Žilić performs on the Fortresses stage, and there is a new name of the local indie rock scene Miriiam and the excellent Fire in Cairo, a foursome whom the critics call a first-class rock band, and who hosted the aforementioned Dunja Ercegović on their second album. 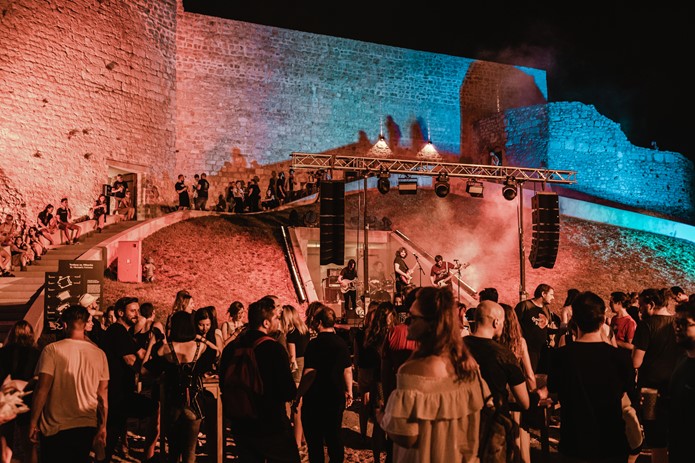 Rolo and BluVinil have already made themselves at home on our stages, the audience in Šibenik has accepted them well, so there is no doubt that they will be kicking ass again this year. Our boys from Hram, whose debut album "Bijes" delighted the critics and the audience, are coming to St. Michael's Fortress, and the team proved that they sound great in person, so their performance on the Fortress is definitely among those that everyone can't wait for.

The list of performers is joined by Ivan Lulić, who performs under the stage name Luul, recognizable by his psychedelic pop sound and the experimental band Trokut, which brings a touch of electronic jazz to the festival.

The festival program is also divided into three stages this year where the audience will enjoy gigs at the sunset in the parking stage, a club atmosphere below the stands, and numerous performances on the main summer stage on top.

The audience of St. Michael's Fortress is waiting for two days of top performances by around twenty bands and performers of different genres, which are currently among the most interesting in the region. This is only the first part of the lineup, it will not be a secret for much longer, so we have no doubt that everyone at Let's Rock will find something in they like, so - hurry up for tickets!

Tickets for the festival are available at the price of 230 HRK in the Eventim system and at the physical points of sale of the Fortress of Culture Šibenik. 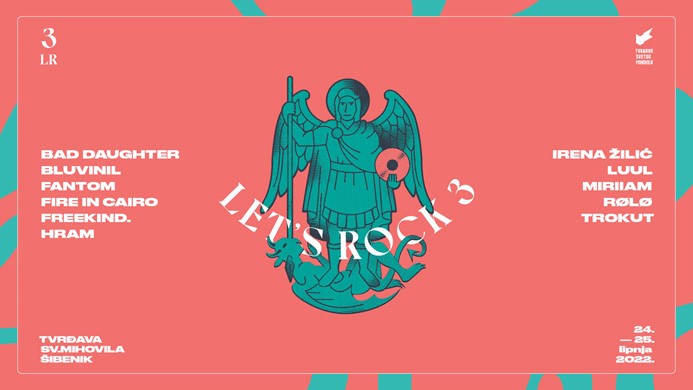