Fortress of Culture Participated in FORTMED 2020

Last week Fortress of Culture participated in the international FORTMED conference (Fortifications of the Mediterranean Coast), the most significant European scientific event related to fortification heritage for the 4th time. This year, it took place online for reasons well known, from 4th till 6th November. The conference had the aim of exchanging and sharing knowledge on valorization, management, and employment of cultural heritage, mostly fortification objects that were constructed along the coasts of Mediterranean countries between the 15th and 18th centuries.

A total of 187 participants of the conference sent short video contributions instead of performing as speakers. One of the only two Croatian speakers was Fortress of Culture's historian Josip Pavić, who spoke of the recently discovered remains of an Ottoman fort on Gradina hill above Skradin. 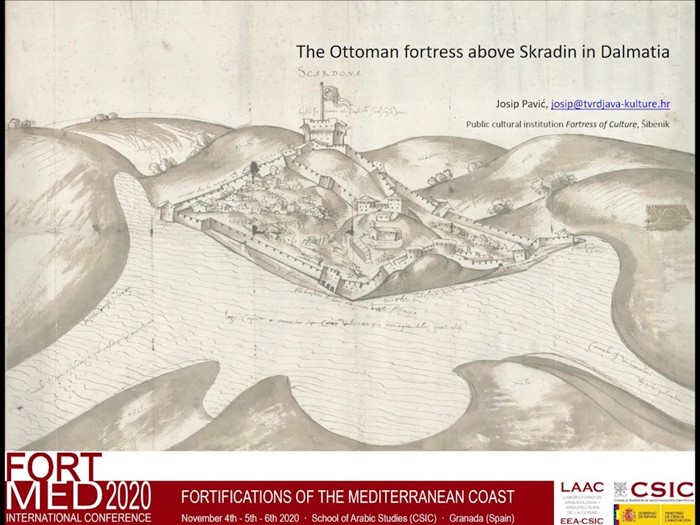