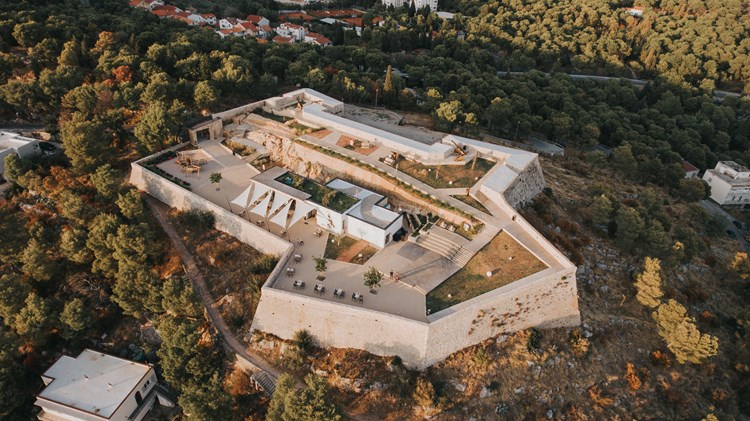 Barone Fortress was built in 1646 on Vidakuša, the 80 meter-high hill above the city. Along with the other three fortresses in Šibenik, it represents a unique defence system which resisted the enemies of the city for centuries. Today, it has an exceptional monumental value recognized across Europe.

Before it's construction, the Venetian city of Šibenik was protected from the enemy attack by the city walls and the St. Michael's Fortress. These defence facilities have been renovated only periodically, and were in a poor condition. They are also on a lower level than the surrounding hills, and thus vulnerable to artillery fire. In the reports of a number of Venetian rectors and officials, as well as envoys from Šibenik, the inferior defensive position of Šibenik, and the necessity of building the new fortresses has been emphasized. All those reccomendations were dismissed by Venetian government due to lack of funds.

With the breaking of war between the Republic of Venice and the Ottoman Empire in 1645, known as the War of Crete, new circumstances arose. In spring of 1646, the Ottomans began to gather their army in Bosnia and Dalmatian hinterland. After their first successes, people of Šibenik had renewed their request for protection, and in response, the War council again rejected their petition, but they did not forbade them to start with the construction. After that implicit permission, on 1 August 1646, the construction of both Barone and St. John's fortresses had begun, with the participation and the expense of all citizens. In only two months (58 days), Šibenik was ready for the defense from a small Ottoman attack on 7-13 October. 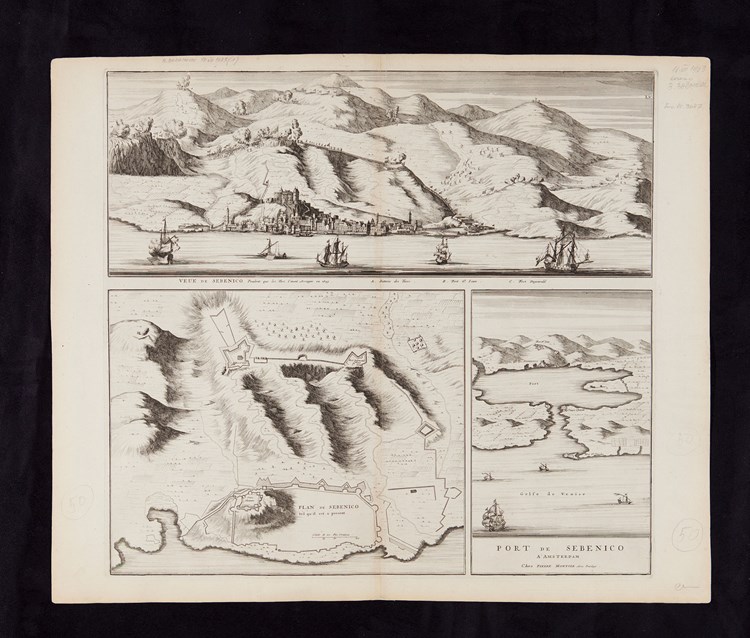 Fortress was designed by a Genovese engineer Fr. Antonio Leni, and the construction was organized and monitored by baron Christoph Martin von Degenfeld, a German nobleman in Venetian service, the commander of Šibenik's defence. Later, the citizens named the fortress Barone, to honour their saviour, instead of naming it after the church of St. Vitus. The other fortresses in Šibenik were named after the sacral buildings in their vicinity, but in the eyes of the people of Šibenik, the baron became the fourth saint and guardian, after the heroic story of the defence. 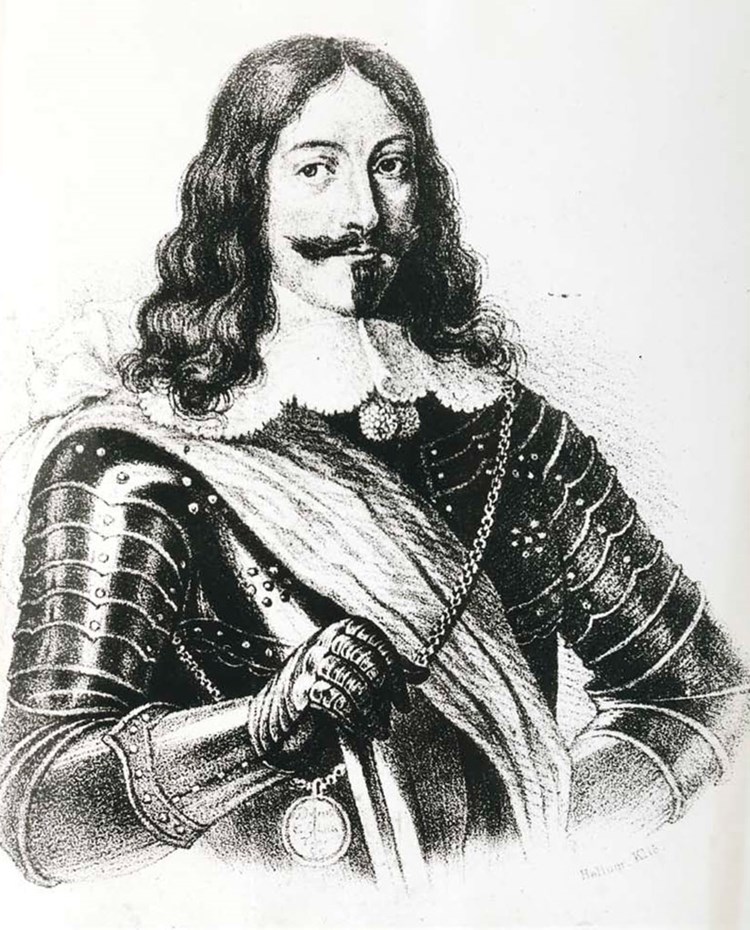 Both fortresses have been finished and strengthened over the winter, and were ready for the next war season. Ottoman commander, Techieli-pasha, arrived near Šibenik in late August of 1647, with 25-30 thousand strong army, and around 20 cannons, and the attack began on 24/25 August. The commander of Šibenik's defence was baron von Degenfeld. The main assault was directed to the nearby St. John's fortress, and the secondary one targeted Barone fortress, via Oglavno hill that lies on the northeast. Final assault, the most fearsome one in Šibenik's history, was repulsed on September the 8/9th, and the Ottoman army retreated on 16 September, counting their great casualties.

Over the next few years, people of Šibenik were in constant fear that the Ottoman army would return, perhaps even in a larger number. Therefore, in 1659, a construction intervention was undertaken at what was then a rather small Barone fort. On this occasion, it was expanded, enlarged and promoted into the status of a fortress. Then Venetian provveditore (governor) of Dalmatia, Antonio Bernardo was in charge of that project. At that time, demi-bastions were added on the northern part of the fortress and reinforced by embankments from the inside to withstand the attacks of enemy cannons for a longer time. A new main entrance was built, and auxiliary facilities were placed at the southern part, towards the city. 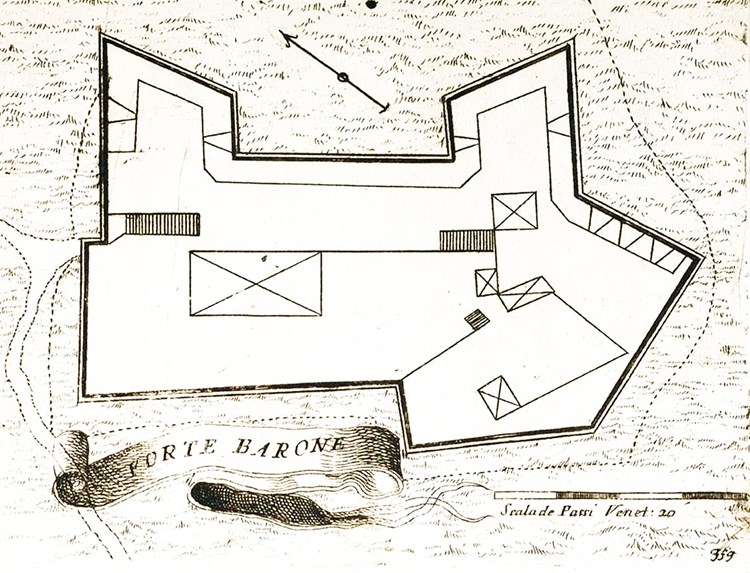 After the demise of the Ottoman threat, the fortress was kept in a poor state, and in time, it's original objects were ruined or collapsed. City of Šibenik had bought out the fortress and it's surroundings in the early 20th century, and the building was made which was originally in use as a weather station, and afterwards as a restaurant. The nearby district, which grew more or less as a planned neighborhood from the early 20th century, was called Šubićevac, and the name spread out to the fortress Barone itself. In the last few decades, citizens of Šibenik were using the fortress as a viewpoint and a hike area.

370 years later, the exciting story of the city's defence is told in modern language. We reanimated the characters, sounds and sights of one of the most crucial moments in the history of Šibenik. Step into the augmented reality and experience the battle for Šibenik from 1647 using tablet and audio guide. 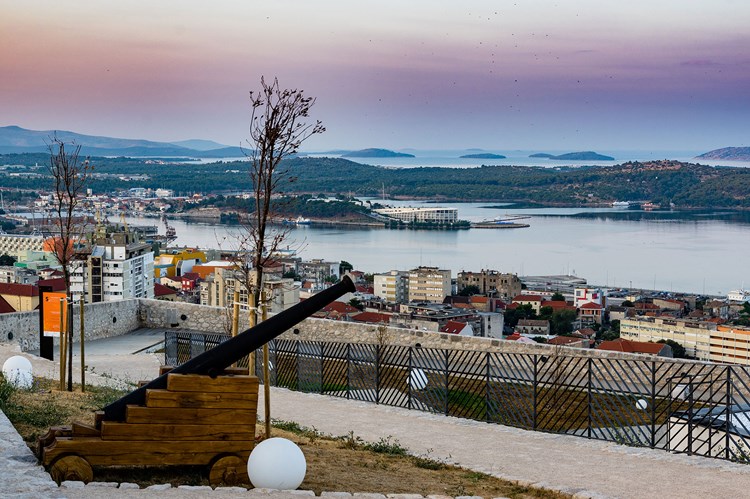